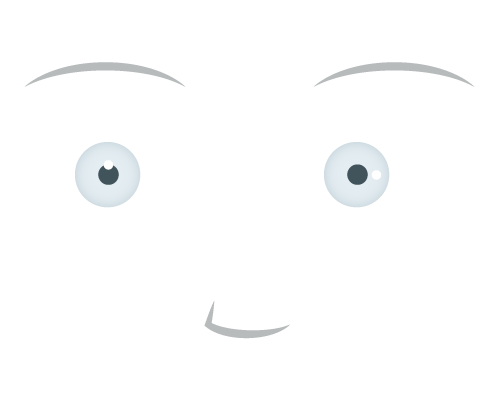 Strabismus is a visual defect in which the eyes are misaligned and point in different directions. Strabismus is a fairly common condition among children – approximately 3% of the population has an eye misalignment of some sort. Strabismus can also occur later in life, for a variety of reasons.

There are three general types of eye misalignment – the eyes can turn towards the nose (eso-deviation), towards the ears (exo-deviation), or one eye can be higher than the other (hyper-deviation). Notice that the plural “eyes” is used here–even though only one eye may appear to be deviating, in fact, it is almost always the case that the misalignment involves both eyes. Even when one eye appears to look straight ahead and the other eye appears to turn in another direction, it is more accurate – and useful – to consider the eyes as misaligned relative to each other.

For example, if both eyes actually turn in a little towards the nose (eso-deviation) but the right eye is in the straight-ahead position (it is the “preferred” eye), this will cause the left eye to shift towards the right (towards the nose) even more. Understandably most people would say, “the left eye is turned and the right is straight” but, in fact, the eyes are turned towards each other.

Why Do We Need Properly Aligned Eyes

With proper alignment of the eyes, both eyes look at the same object at the same time and send two separate (and slightly different) pictures to the brain. There are specialized brain cells (binocular cells) that take these two slightly separate pictures and put them together into a single three-dimensional (3-D) perception; only when both eyes point in the same direction at the same time is 3-D vision (depth perception) possible.

With strabismus, the eyes are looking in very different directions, so the brain is given two very different images to interpret. The binocular cells cannot combine these very different pictures into a single perception, so depth perception (3-D vision) is not possible; the brain perceives two separate pictures. When a young child develops strabismus, their brain avoids double vision by ignoring one of the pictures – normal binocular cells cannot develop, or are lost, in children who ignore one image. Such children lose their depth perception, sometimes irreversibly. Adults who develop strabismus cannot just ignore the second image, so they develop double vision (diplopia). Adults who develop strabismus typically have normal binocular cells but these cells are not being used when the eyes are misaligned.

Interested in learning more? The American Association for Pediatric Ophthalmology and Strabismus (AAPOS) is an excellent resource. Visit them here:

We may request cookies to be set on your device. We use cookies to let us know when you visit our websites, how you interact with us, to enrich your user experience, and to customize your relationship with our website.

Click on the different category headings to find out more. You can also change some of your preferences. Note that blocking some types of cookies may impact your experience on our websites and the services we are able to offer.

These cookies are strictly necessary to provide you with services available through our website and to use some of its features.

Because these cookies are strictly necessary to deliver the website, refuseing them will have impact how our site functions. You always can block or delete cookies by changing your browser settings and force blocking all cookies on this website. But this will always prompt you to accept/refuse cookies when revisiting our site.

We fully respect if you want to refuse cookies but to avoid asking you again and again kindly allow us to store a cookie for that. You are free to opt out any time or opt in for other cookies to get a better experience. If you refuse cookies we will remove all set cookies in our domain.

We provide you with a list of stored cookies on your computer in our domain so you can check what we stored. Due to security reasons we are not able to show or modify cookies from other domains. You can check these in your browser security settings.

We also use different external services like Google Webfonts, Google Maps, and external Video providers. Since these providers may collect personal data like your IP address we allow you to block them here. Please be aware that this might heavily reduce the functionality and appearance of our site. Changes will take effect once you reload the page.