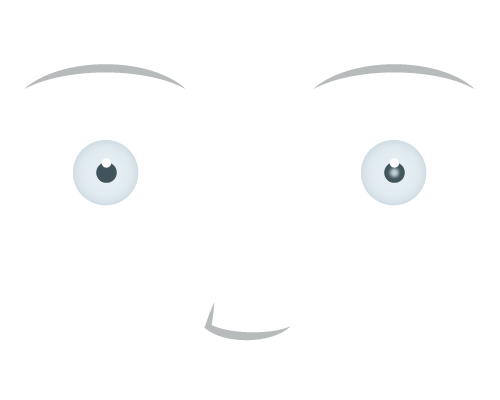 Behind the cornea (the clear covering at the front of the eye) and behind the iris (the brown or blue part of the eye) sits the lens. The role of the lens is to aid the cornea in focusing images on the retina (the lining on the inside of the eye). At birth the lens is normally clear. With time, the lens naturally changes color and/or develops opacities – a lens with such changes has developed a cataract. The vast majority of cataracts occur in elderly people. However, some babies are born with a cataract and infants and children can develop cataracts.

Cataracts occur in babies and children for a variety of reasons – the development of the eye may have been abnormal; the child may have used steroids (including inhalers for asthma); there may have been a trauma; certain metabolic disorders cause cataracts; and, sometimes we just don’t have an answer. Regardless of the cause (which is not to say that the possible causes shouldn’t be considered), the treatment for a visually significant cataract is surgery. Visually significant implies that the cataract is preventing a well-formed image from reaching the retina. In humans younger than 8 years (or so), vision deprivation prevents the brain from developing proper connections to the affected eye (amblyopia).

The surgery and recovery period for a pediatric cataract is very different from that of an adult. Just as important as the surgery is the management of the vision loss (amblyopia) which often results from such cataracts.

It is critical that once the cataract is removed another way is found to focus images onto the retina. Most of the time, it is possible to remove the cataract and at the same surgery replace it with an artificial, plastic lens implant that will focus the image. NOTE: Intraocular lens (IOL) implantation is not approved by the Food and Drug Administration (FDA) for humans younger than 18 years of age. This is not to say that IOLs are dangerous or untested in children – there are many years of well-conducted and controlled studies demonstrating safety and efficacy in many infants and children – but for a variety of reasons the FDA has not issued a policy statement on pediatric IOLs. Most, but not all, pediatric ophthalmologists prefer to place an IOL when it is technically feasible (the eye anatomy will support the lens). Sometimes, it is not feasible or advisable (usually because of the anatomy). When it is not possible to place an IOL the child has to wear either a contact lens or a pair of glasses to do the focusing.

When cataract surgery is performed a small opening is made in the front portion of the covering of the lens (the lens capsule). The lens capsule is a very thin membrane that holds the lens in place. After removing the contents of the lens (that which is within the capsule) an IOL is inserted. While the capsule is necessary for holding the IOL in place, the remaining capsule itself can become opaque after cataract surgery. For older children and adults, the back portion of an opaque lens capsule can opened with a laser while the patient sits in a chair in the office. For younger children, however, this is not an option so many surgeons will open the back portion of the lens capsule at the time of the initial surgery (to avoid another trip to the operating room down the road).

The post-operative management of childhood cataracts is very different from that of adults – amblyopia is a concern, and the healing process is different. Also, certain forms of pediatric cataract occur in combination with glaucoma (increased pressure in the eye that damages the optic nerve). In other words, the cataract surgery can go perfectly well but the eye goes on to develop glaucoma because of a basic problem with the anatomy of the eye. In such cases, the same developmental defect that led to a cataract can cause glaucoma.

Cataract surgery in children is performed as a same day procedure with general anesthesia. We perform all of our surgery at The New York Eye and Ear Infirmary. The patient goes home with a patch on the operated eye then returns to our private office the following day. If everything is acceptable on the first day after surgery then the following visit occurs about one week later. Eyedrops (antibiotics and steroids) are used very frequently for the first several weeks after surgery to lower the risk of infection and to help the healing process.

While surgery is indicated for visually significant cataracts, and may offer the only chance for restoring vision to an eye with amblyopia, there are risks. These risks include (but are not limited to) infection, need for re-operation, retinal detachment, bleeding within the eye, glaucoma, and blindness. As with all operative procedures, the risks, benefits, and alternatives must be weighed on an individual basis.

Interested in learning more? The American Association for Pediatric Ophthalmology and Strabismus (AAPOS) is an excellent resource. Visit them here:

We may request cookies to be set on your device. We use cookies to let us know when you visit our websites, how you interact with us, to enrich your user experience, and to customize your relationship with our website.

Click on the different category headings to find out more. You can also change some of your preferences. Note that blocking some types of cookies may impact your experience on our websites and the services we are able to offer.

These cookies are strictly necessary to provide you with services available through our website and to use some of its features.

Because these cookies are strictly necessary to deliver the website, refuseing them will have impact how our site functions. You always can block or delete cookies by changing your browser settings and force blocking all cookies on this website. But this will always prompt you to accept/refuse cookies when revisiting our site.

We fully respect if you want to refuse cookies but to avoid asking you again and again kindly allow us to store a cookie for that. You are free to opt out any time or opt in for other cookies to get a better experience. If you refuse cookies we will remove all set cookies in our domain.

We provide you with a list of stored cookies on your computer in our domain so you can check what we stored. Due to security reasons we are not able to show or modify cookies from other domains. You can check these in your browser security settings.

We also use different external services like Google Webfonts, Google Maps, and external Video providers. Since these providers may collect personal data like your IP address we allow you to block them here. Please be aware that this might heavily reduce the functionality and appearance of our site. Changes will take effect once you reload the page.